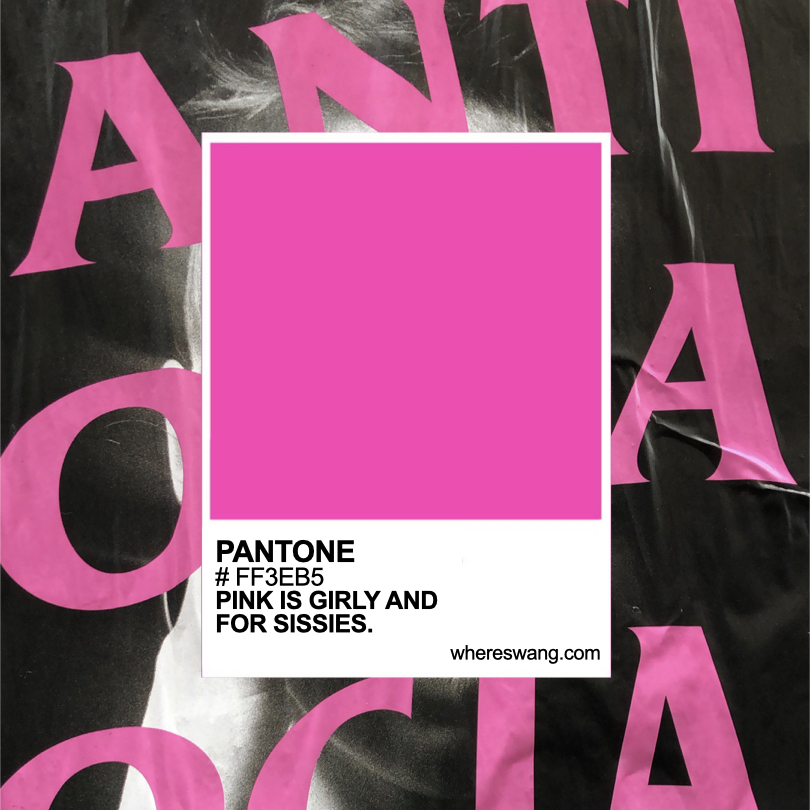 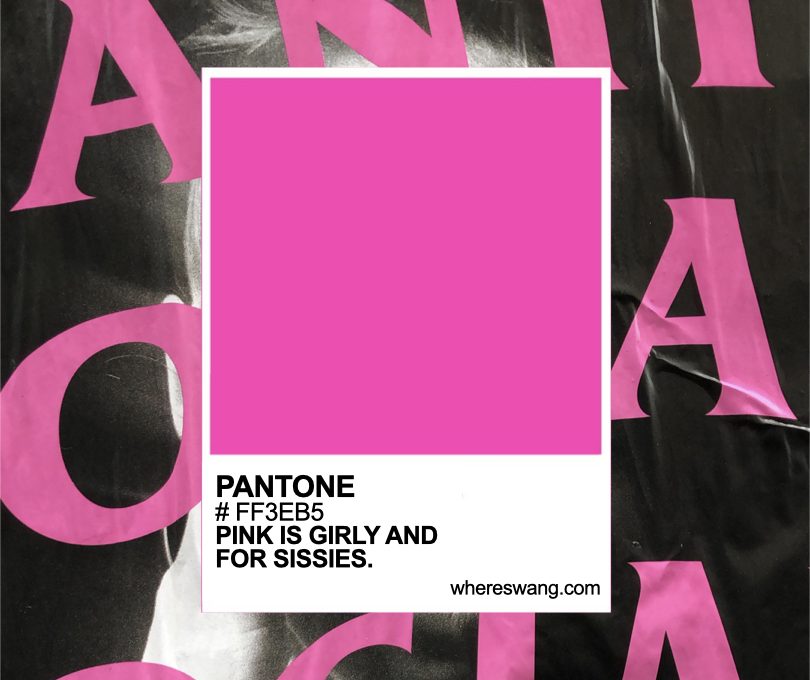 LGBTQ+ History Month was founded in 1994 by a high-school history teacher, Rodney Wilson. The observance celebrates and recognizes our community’s history, including the continued fight for gay and civil rights. As part of LGBTQ+ History Month, I wanted to share with you all the significance of just even a color has on our community.

In today’s society, the color pink has become a symbol for the queer community, signifying empowerment and self-identity. However, this wasn’t always the case. Only in recent history has it been reclaimed as a positive symbol. The history of pink to the LGBTQ community includes the fight for gay rights, the AIDS pandemic, Nazi concentration camps, and its early association with gender identities.

And on Wednesdays, we wear pink.

Even though the color pink only resurfaced in the last year on the LGBTQ pride flag to represent the transgender flag. Pink has always had a strong association with the LGBTQ community. The Pink Dollar refers to the spending power of the LGBTQ. There’s the Pink News, which is a prominent LGBTQ news outlet, and how can we forget the iconic moment in Mean Girls? “And on Wednesdays, we wear pink,” which you can guarantee you’ll see at any gay dress-up party.

You were labeled “girly” or “sissy” for liking pink.

I remember as a kid I used to get teased a lot, being called names because I liked the color. In part, it might have been influenced by my pink Power Ranger and my Barbie doll. That aside, it’s always fascinated me that even at such a young age and despite being unable to grasp the understanding of sexuality fully, we still associated colors with gender and attributes of femininity and masculinity.

The significance of pink in the LGBTQ community lies in the long history of gender in Western culture. A color that seems manufactured has in fact been seen since the beginning of time. Even though it didn’t receive the English name “pink” until much later, the earliest mention of the color was its description in Homer’s Odyssey in 800 BCE.1

Contrary to what people think today, it was predominantly men who wore pink in the 18th century. Derived from the color red, it was considered masculine and was thought of as warlike and virile, according to The Atlantic, 2013. It was only in the late 19th to early 20th century, with the rise of Sigmund Freud, theories on childhood development, and the invention of synthetic dyes did pink start to become more associated with femininity.2

The 1950s was a period of conformity, when there were strict gender roles. Pink had become the female gender code. The decades since then, with the rise of advertising, fashion, and pop culture, have only further cemented the “pink is for girls, blue is for boys” stereotype.

The birth of the pink triangle

In Germany in the 1930s, the Nazis forced Jewish people to wear a star-shaped yellow badge to identify themselves. Pink triangles were used to distinguish those imprisoned for homosexuality, including bisexual men and transgender women.

Interestingly, before that, there were various means of identification for male homosexual prisoners in Germany, including the use of a green triangle to mark the man as a criminal, the number 175 (referring to Germany’s criminal code for homosexual activity), and even the letter A, which stood for Arschficker, meaning (and excuse the language) “ass fucker.”3 We beg to ask the questions, why did they choose the color pick? Why didn’t they just stick to the green triangle? What is it about the color that they believe was synonymous with queer identity?

Society’s shift that led to the pink triangles

The answer might lurk behind the society’s perceptions changing from the late 18th century to the 19th and 20th centuries. We can’t deny the correlation, ultimately lead to the use by the Nazis to identify homosexual male prisoners.  From that moment, the pink triangle will be remembered as a defining moment in LGBTQ history.

Once a badge of shame

In the 1970s, decades after WWII had ended, stories of those who were persecuted were brought to public attention. The pink triangle, originally intended as a badge of shame, served as a remembrance to past victims and those facing discrimination.

A symbol for gay rights and activism

It wasn’t until the ’80s, during the AIDS pandemic, that the pink triangle and the color started to be reclaimed. In 1997, the AIDS Coalition to Unleash Power (ACT UP, for short) was formed to fight against AIDS and to end the pandemic. The group adopted an upward-pointing pink triangle (the reverse of the one once used by the Nazis), with the slogan “Silence = Death” as its logo. In this pinnacle moment, the pink triangle and the color pink became a symbol for liberation and gay rights.

Pink became a voice for others.

In the following years, pink was also incorporated in the bisexual pride flag (1998) and the transgender pride flag (2000), representing the history and its association with gender roles and identities. In the bisexual flag, pink represents same-sex attraction, and blue represents different-sex attraction.4 The transgender flag uses pink and blue to represent the traditional baby colors for the two binary genders.5 In recent years, as discrimination against the trans community has risen, the color pink and the transgender flag have become symbols of empowerment and reclaimed freedoms.

It’s more than just a color.

Next time you see the color pink and think “girly” or “sissy,” think again and remember that for those in the LGBTQ community, it holds a greater significance. It evokes mixed emotions as it represents our history of discrimination, struggle, and fight for our identity. It deserves recognition as a champion and voice for various communities. Pink is the color for change and  for freedom of self-expression; it is a color of strength. Pink is for equality.

4Hoisting our colors: A brief history of the bisexual pride flag, L.B. Williams, 2015

5The designer of the transgender flag is a navy veteran. M. Miller, 2017

Make it count by going out to vote