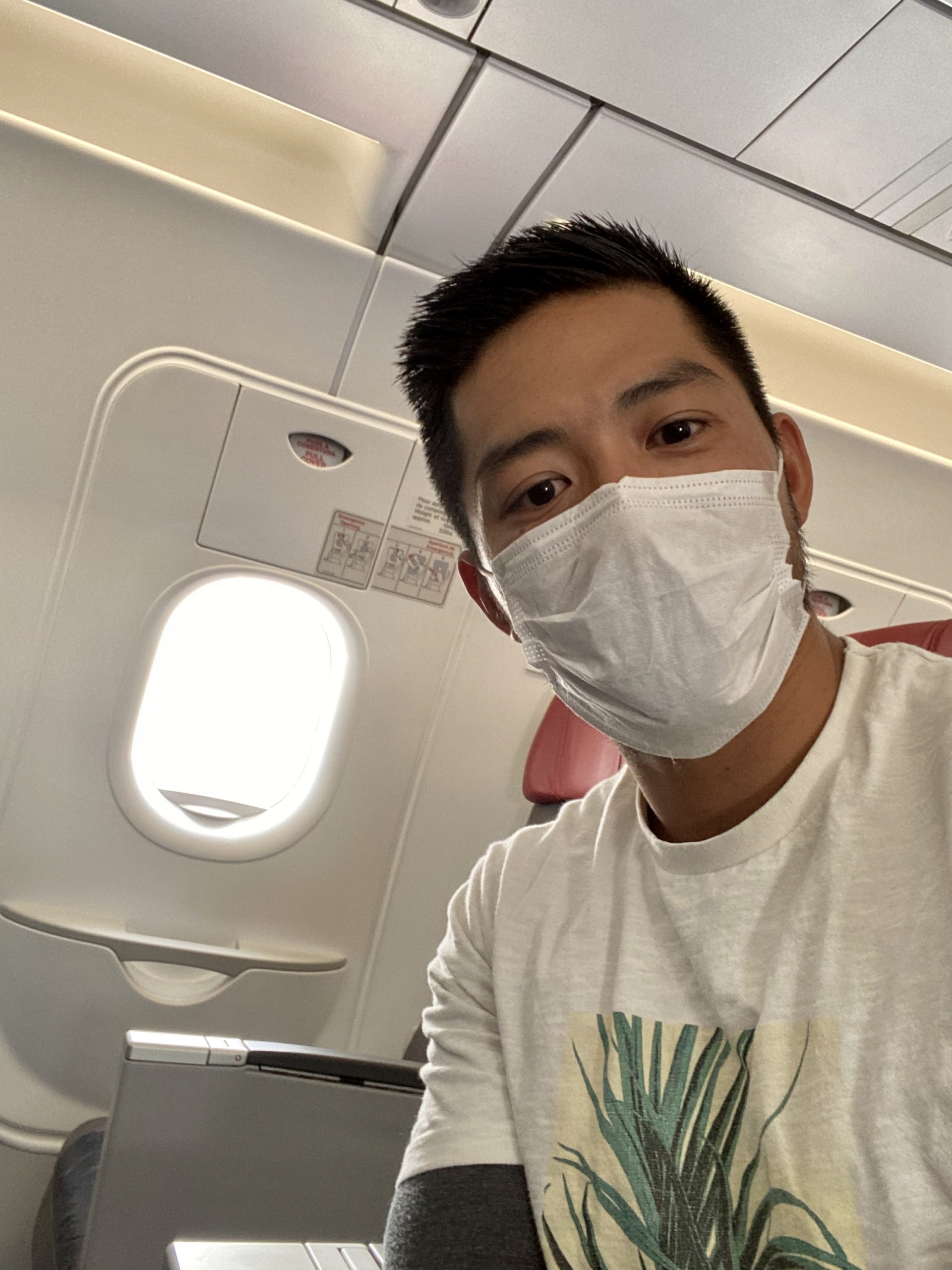 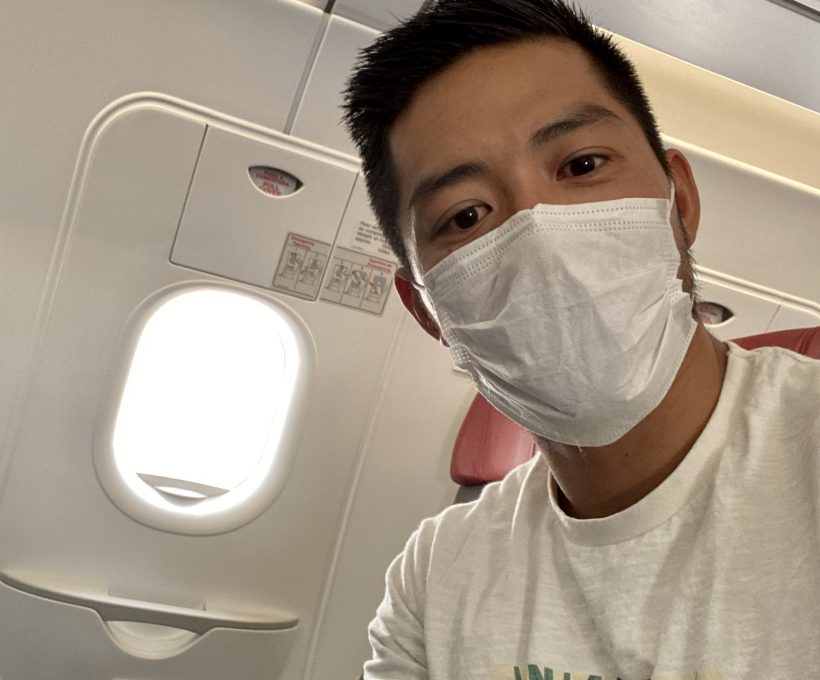 After spending three long weeks being stuck in Peru, I am now finally back in the “safety” of New York. I know some of you are thinking that I’ve landed back in the Petri dish or epicenter of the coronavirus pandemic. I’m not going to lie—the situation in New York is pretty dire, but it is home and where I feel safest.

It started with a message at 3 a.m.

Here’s my story of how I got out. The moment I thought I would be stuck in Peru forever, the universe decided to throw me a lifeline. It all started with a message I got at three a.m. In as little as a few hours, I packed up my bags and headed straight for the airport. Although I was thinking it was some scam, it actually turned out to be my golden ticket.

After having no luck falling asleep, I decided to check up on the “Stuck in Peru” group chats, created to help those who were stranded. It was a godsend for anyone traveling on their own like me. Knowing that I wasn’t alone gave me some level of comfort,.

In a bit of a pickle

I messaged the “Stuck in Peru” group, explaining my situation. I was in a bit of a pickle, as I’m an Australian citizen but have been living in New York for the past two years. My desire was to go back to the States, but I knew my chances were slim since I wasn’t an American citizen, nor did I have PR. I thought someone might respond later that morning, but to my surprise, someone messaged me right back, saying I should reach out to someone called Patricia.

I had heard of the name before, as it had popped up a few times in the “Stuck in Peru’ group chat. However, the conversations had always been around “Watch out; it’s a scam.” After doing a bit more digging (a few Google searches later), the tour company she said she belongs to seemed legitimate. I also saw a few posts on the Facebook page from those who had gotten out validating that she wasn’t a scam and that we could trust her.

Desperate and running out of options

I was getting to a point of desperation. I hadn’t heard back from either the Australian or American embassy or any other government bodies. With the growing fear that the US would soon close its borders, I decided to bite the bullet. I messaged Patricia on WhatsApp, and she came back saying that there was a flight leaving in six hours from Cusco to Miami.

Sketchy as it was

The whole situation was sketchy enough, but when it came down to the payment (which cost me an arm and a leg), she would only accept AMEX or Mastercard. Of course, my only credit cards were Visa. The only way she could process my payment was through an EFTPOS machine. I was hesitant and still skeptical, but she assured me not to worry—which is precisely what any scammer would say.

Had I falled for a scam?

As soon as the payment went through, she sent me the updated flight manifest along with a couple of other documents confirming my flight. I started packing my bags, but as I waited for the next couple hours, my heart wouldn’t stop pounding. The panic kicked in, and I was thinking to myself that I had fallen for a scam. We’ve all heard of the Nigerian Prince scam. At least it was going through my credit card, so there was some protection in case anything went wrong.

One dilemma after the next

As I left the hostel, I said goodbye to what I had been mi casa and mi familia for the past couple of weeks. The beautiful people I had met at my hostel were much more than just friends. They had been my support and rock during the tough times while stuck in Peru. I’ll never forget the hospitality from Fernando and Mili, the two hosts. They had opened their hearts when many were too afraid.

I boarded the bus and made my way to the airport. The streets were crawling with the police and the military. There were multiple checkpoints set up along the way, and it was nerve-racking knowing that at any moment, they could stop the bus and escort me off. I was fortunate that I got to the airport without any issues.

Praying it wasn’t a scam

As I hopped off the bus, I could see two massive lines extending in both directions from the main gates that wrapped all around the airport premises. As I waited in line, I was prayed that this was indeed my lucky ticket out. We were soon directed by airport officials to approach the front gate. One at a time, we were checked off a list. As it got to my turn, the lady couldn’t find my name. In my mind, I was thinking, Oh f***, oh f***! Luckily, I spotted my name printed on the other side of the list. As she crossed me off, a sigh of relief came out of me, but I knew it wasn’t over yet. I wasn’t going to let my guard down until we landed on American soil.

They checked for our temperatures

The flight was scheduled to leave Cusco at 10:45 a.m. It would pick up more passengers and refuel in Lima before continuing the journey to Miami. The whole process was very professional. In addition to the usual security measures, they even checked our temperatures before giving us our boarding passes.

I couldn’t believe what had happened

As the aircraft took off, I had to pinch myself. I just couldn’t believe the series of events that had unfolded that morning. The journey home flew by in no time, in part because I knew that I was getting closer to home and no longer stuck in Peru.

It was a complete contrast to Peru

The moment the wheels touched down in Miami, all the passengers let out a cheer and applause for the crew. It was then that we knew we had finally made it, after weeks of not knowing when we would be able to leave Peru or see our loved ones next. To my surprise, as we disembarked from the plane, they didn’t check for our temperatures or anything. The only measure they took was asking whether I felt ill or not—it was a complete contrast to Peru.

Did I trade being stuck in Peru for New York?

It took another twelve hours and a flight detour to Boston before I finally made it back to New York. It was such a dystopian feeling being back and seeing the city engulfed in the throes of the pandemic. The streets were deserted, shops had closed, and there was barely a soul in sight. In as little as two months, it had utterly transformed the city. It was unrecognizable. You might argue that I’ve hardly arrived home but have instead traded being stuck in Peru for being stuck in New York.

Thank you for reading my post. Follow my Instagram account @wheres.wang to get updates daily. If you’re interested, you can also check out my story on how I ended up being stuck in Peru. ‘Stuck in Peru: this is my story’ Learn More.

Mental health during the coronavirus pandemic

Being Gay and Dealing with Asian Shame